Getting Lost – The Process 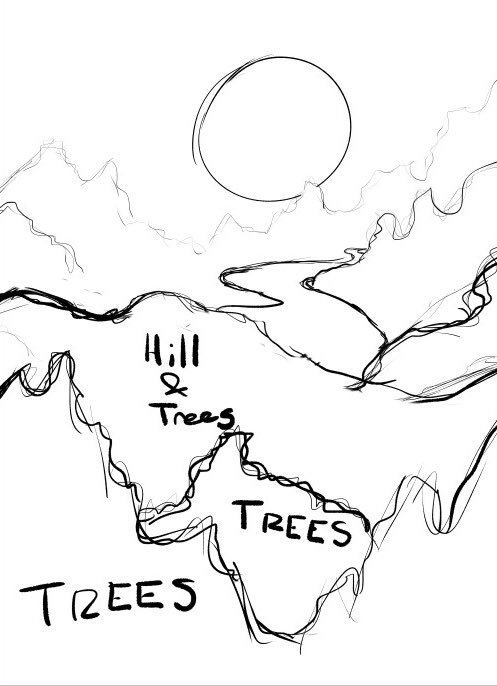 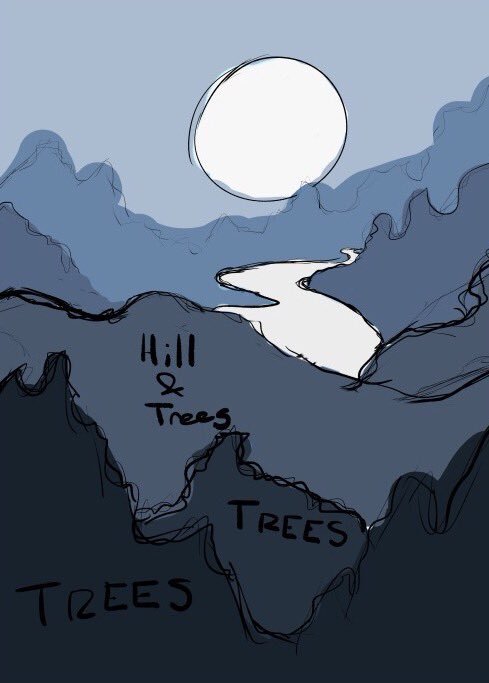 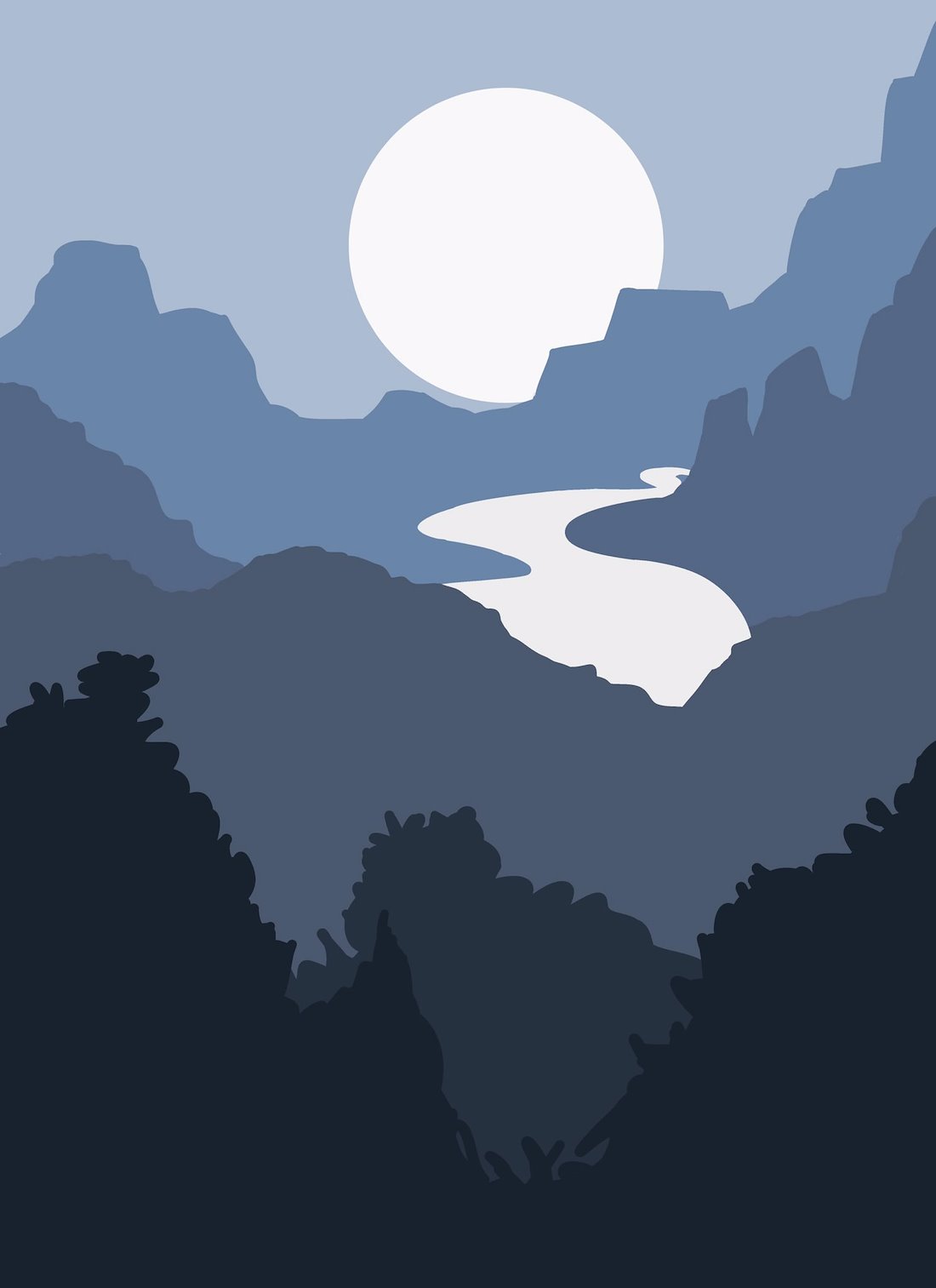 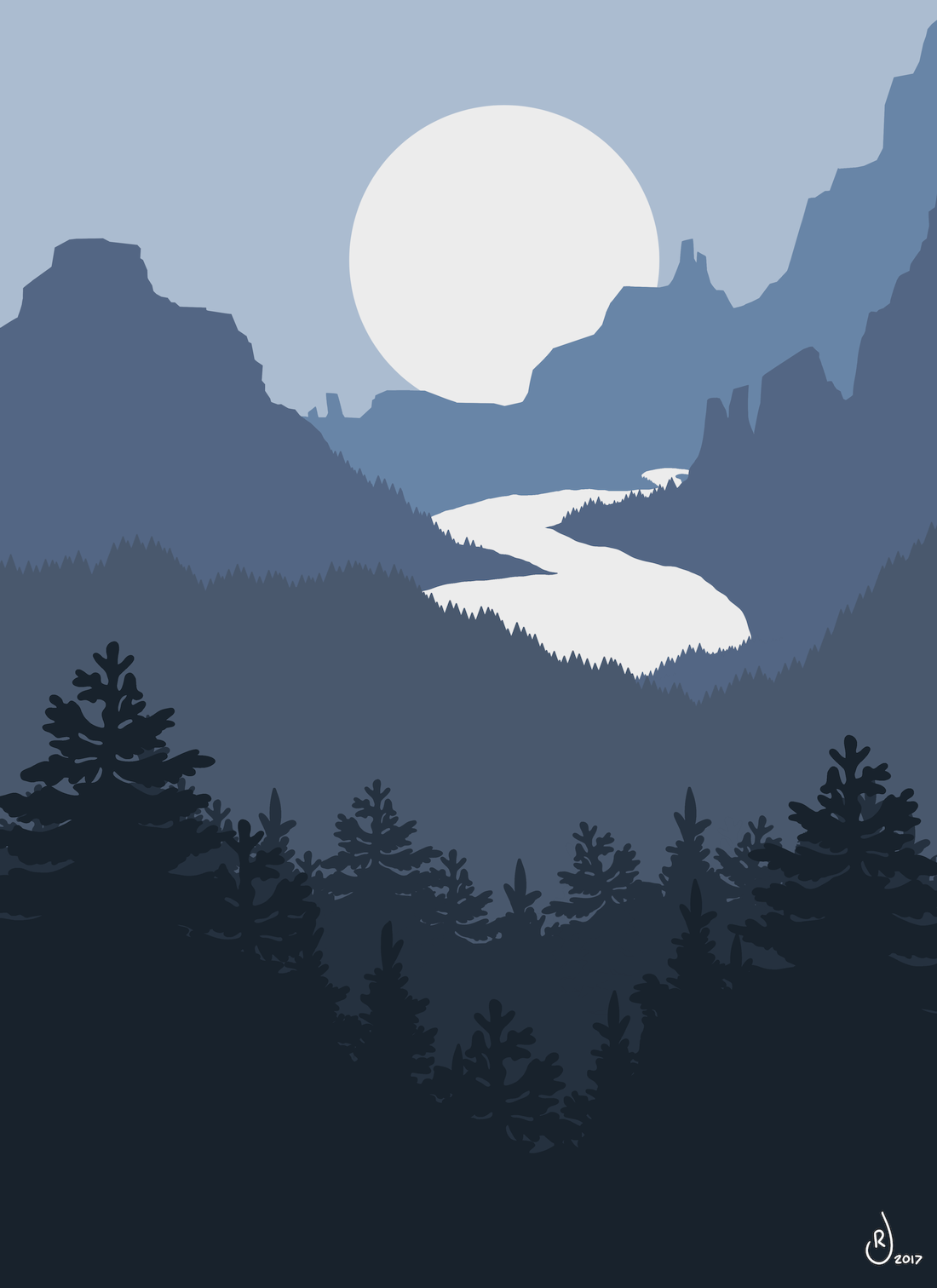 This piece was created mid-July 2017. Shortly after completing the game Firewatch, I felt inspired to capture the beauty and peacefulness that the game had present so perfectly. The fading monochromatic colour palette indicates the illusion of distance, and the detail in the trees in the foreground, as opposed to the lack of detail in further trees helps push forward the feeling of distance. Using the white to colour the moon and river contrasts well with the surrounding blues of the piece to highlight these elements.

This was made late-June of 2017. I was inspired to capture the aura of a beach setting, I also used this as practise for body figures, which my art was lacking. By using the gradient blue for the background of the figure simulates

a sky, this is represented further by the clouds and subtle jet seen in the head of the figure. I used red and ﻿white stripes to represent conventional life guard atire. And finally using the gentle yellow drop shadow to

indicate a hint of the yellow sand present at a beach.

This was created as my first piece back after a long time of being away from my drawing tablet. It was made as fanart for a new podcast I had started listening to titled The G Club. This helped me get my bearings back in terms of perspective, scale and shading. I decided to put emphasis on the “G” by using a cartoony style as it was in line with the style of the podcast, and also by using a contrasting colour to the surrounding.